The Kashmir Princess and the Cold War 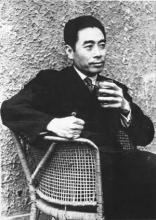 The Kashmir Princess in question was an Air India Lockheed L-749A Constellation aircraft which crashed into the South China Sea on April 11, 1955. The fatalities numbered sixteen and included Chinese, Polish, Hong Kong, Austrian, and of course, Indian nationals. The cause of the tragedy was an explosion in the wheel bay and subsequent fire on the craft which forced the pilot to attempt a water landing near the Natuna Islands in Indonesia. The plane broke into three pieces upon contact with the sea and only three souls - all members of the flight crew - survived the event.

What elevates this event from an unfortunate air accident to a Cold War plot full of intrigue was the fact that the plane had been chartered by the Chinese government to ferry passengers from Hong Kong to Jakarta in Indonesia to attend an Asian-African conference at Bandung which would effectively herald the beginning of the Non-Aligned Movement. One of the passengers scheduled to travel on the Kashmir Princess was the Chinese communist party's premier, Zhou Enlai. However, at the very last moment, his schedule changed and other party members travelled in his stead. It later emerged that Chinese Intelligence were tipped off about a possible assassination attempt on Zhou's life and consequently changed his itinerary.

Investigations later revealed that the time bomb was in all likelihood planted in Hong Kong and was triggered by an American made MK-7 detonator. The Chinese government pointed its fingers at the CIA and the Taiwanese Kuomintang (KMT) as being responsible for the assassination attempt. Detective work looking at the personnel who serviced the Air India craft in Hong Kong led police to suspect Chow Tse Ming, a janitor, and a warrant for his arrest was issued. However, just before they could enforce it, Chow escaped to Taiwan aboard a CIA-owned transport plane.

In the decades since, declassified documents and information provided by agents who worked for the CIA and the KMT during this period revealed more details. The story goes that the USA was indeed concerned about the Chinese involvement in the Bandung Conference accelerating the spread of communism throughout Asia. A CIA agent stationed at the US embassy in New Delhi delivered a package containing a bomb to Wang Feng, a KMT agent, at the Maidens Hotel in the heart of the city. This device was later used on the Kashmir Princess.

The three survivors of the crash swam for nine hours to reach an uninhabited island off which they were later rescued. One of them was Anant Karnik who eventually wrote two books about this incident.

This man could well be Ambala's most infamous son. Who was he?

'The Great Game', a euphemism for espionage and diplomatic manoeuvring, has its roots in our humble corner of the world.

Pakistan is an acronym coined in 1932 in Cambridge

How do we better know Ramachandra with the nose ring?

Yale, the Ivy League university, might not have existed if it wasn't for India.